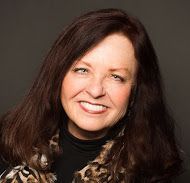 As a little girl, Patsy Koch Johns fell in love with acting and over the years she has experienced the arts as transformational no matter how old or young, rich or poor, or level of intelligence.

Patsy is an accomplished performer, director and educator, who grew up in poverty in Grand Island, Nebraska, has had a teaching career spanning over 40 years. She taught in Arkansas, Georgia, and Missouri before returning to teach in Cozad, Nebraska and later Lincoln High School. She has received many honors including: Nebraska Teacher of the Year in 2006 and the 2014 Governor’s Excellence in Arts Education Award. Her leadership positions have included President of Nebraska State Thespians, President of the Nebraska Speech Communication and Theatre Association, and President of Nebraskans for the Arts. Patsy will discuss how the “gentle truth,” saved her and how she strives to pass that gift to others.